The Yellow Vest Protests in France, what does it mean for Macron?

The growing protests across France are destabilising the French state. As recent polls suggested 80% of the public opinion supports the ‘Yellow Vest’ demands, this includes a wide range of French citizens across all backgrounds supporting the call of the protestors. (Reuters reported Macron’s loss in popularity presented in a poll). Additionally, the protestors were met with violent force from the state apparatus to dislodge the protestors. 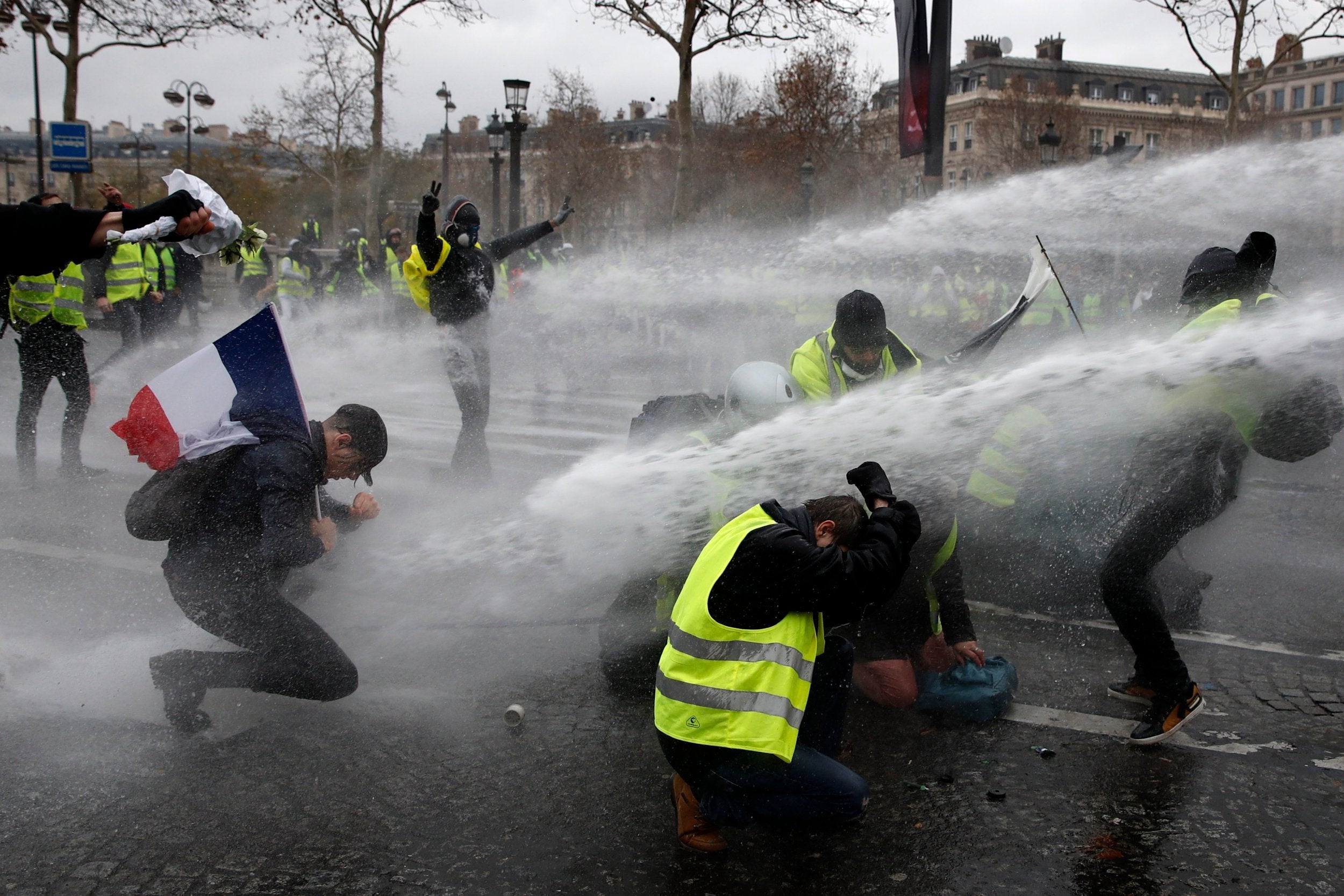 President of the French Republic Emmanuel Macron have made an aggressive approach to the protestors and have isolated himself in the political spectrum. President Macron has been stern and has not decided to take any of the protestors demands to heart and this showed a sign of arrogance that is fueling the fire across France. Furthermore, his popularity is plunging as a result. According to European news sources, headlines have surfaced such as “France plans to Smash and Kill Yellow Vest protestors” indicating the lack of understanding of the crisis and a very authoritarian response to the demands of the public. Very ironically President Macron previously in his African tour and his visit to Greece was professing ‘liberal democracy’.

With a history of French uprisings, this poses a serious risk of escalating to the point of regime change within the Republic. As a declining popularity of Macron is brewing up, on top of that the French population remains divided as the elections held in 2017 were divisive and Macron won the election not through popularity but rather on being the ‘lesser of two evils’ candidate against Marine Le Pen. However, the 2017 election consisted of a candidate who was widely popular across the country François Fillon who was ignored by the French establishment, media and the EU who saw him as an anti-EU politician who was more inclined to work with Russia and to balance the power in Europe. Therefore, from the beginning, the Macron administration was already under pressure from the French populous. However, Macron being a young jubilant leader has been quite enthusiastic from the beginning, full of self-confidence have now somewhat started to face the political realities.

All in all, the French people largely do not identify with Macron’s government and they have a feel that Fillon should have been elected. Further, there are allegations of corruption to bring Macron into office instead of the more popular figure Fillon. As of now, this makes Macron an unpopular President with a self-invested attitude that is disconnected from the majority of the French population.

The protests began when diesel fuel taxes were increased, this fundamentally affects the rural French people who rely heavily on diesel-fuelled vehicles for transportation and commerce. A large part of the rural French population is in the agricultural sector, by increasing tax on diesel increases costs of production for the French farmers in the EU setting. This is a fundamental issue for the majority of the French population. This is carried on could significantly impact the French agricultural sector, as there are cheaper and more competitive options from Eastern Europe who are now part of the EU.

With a motive to be pro-environmental Macron administration arbitrarily decided to impose taxes on diesel, causing the protests to initiate as a reaction to that. To add to the discontent of the majority, Macron administration has reduced corporation taxes and have been giving tax breaks to the wealthy in France. This makes him extremely unpopular among the French majority who see him as a vassal for the elites. Previously, Macron was a banker and this makes him even more unpopular as it is seen he is directly invested in the wealthy few and not the many.

To make things worse for himself, President Macron has referred to the protestors as ‘thugs’. With the arrogant approach to the legitimate cry of the people, the President is further isolating himself in his country. President Macron has threatened with imposing a ‘state of emergency’ which would further aggravate the protesters.  Although, overthrowing a French President is much harder than most countries but at this rate, the popularity of the government is at a crisis point. If things are not handled with caution it can further escalate and could destabilise the country which could impact the EU. Also, this could bring about anti-EU politicians to light in France if things continue to go this way.

How will this end, is dependent on the attitude of the French President himself. If he decides to calm things down by listening to the demands of the people this will help his case and will improve his position in the eyes of the French population. However, if he persists on cracking down on protests or escalating it by imposing a ‘state of emergency’ his popularity will further decrease and France could be facing serious repercussion. At the moment the decision is in the hands of the French President.

This site uses Akismet to reduce spam. Learn how your comment data is processed.